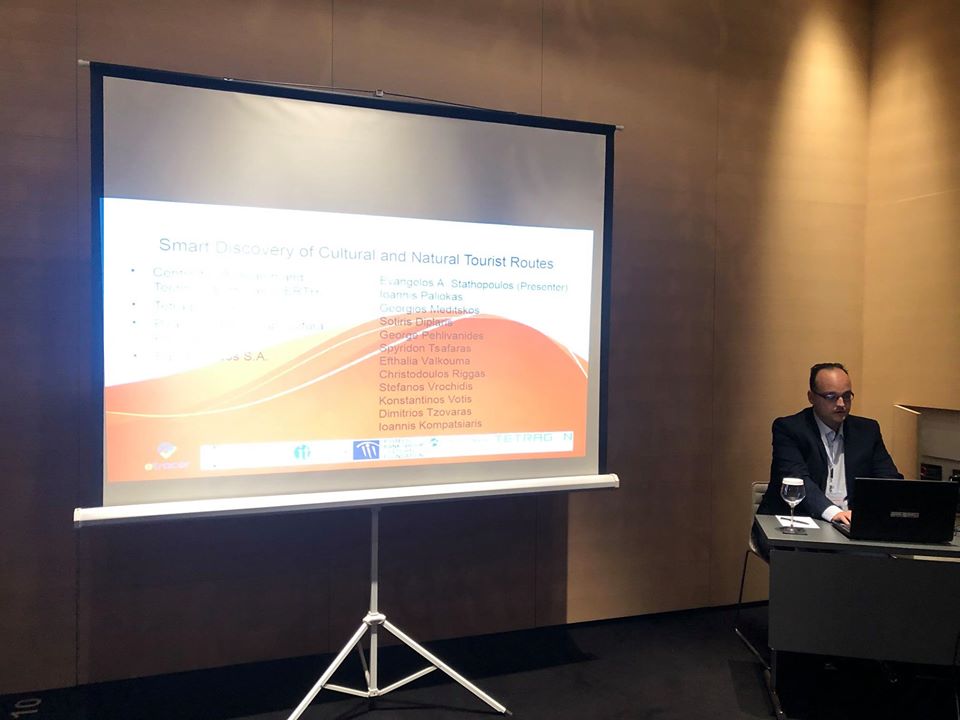 Concerning the efforts for dissemination of the project’s fruitful tasks which were developed during the first iteration of e-Tracer, the conference paper “Smart Discovery of Cultural and Natural Tourist Routes”  was composed, detached, accepted and presented with great success, opening the workshop: “Social Innovation for Web Intelligence 2019”, part of the international conference of “Web Intelligence 2019” , which was conducted at the establishments of the MET Hotel on the 14th of October 2019 in Thessaloniki.

At the image, a participant of the research group is depicted, where he introduces the attendants to the core subject of e-Tracer and the needs and manners in which the void in the cultural heritage and tourism fields will be filled.