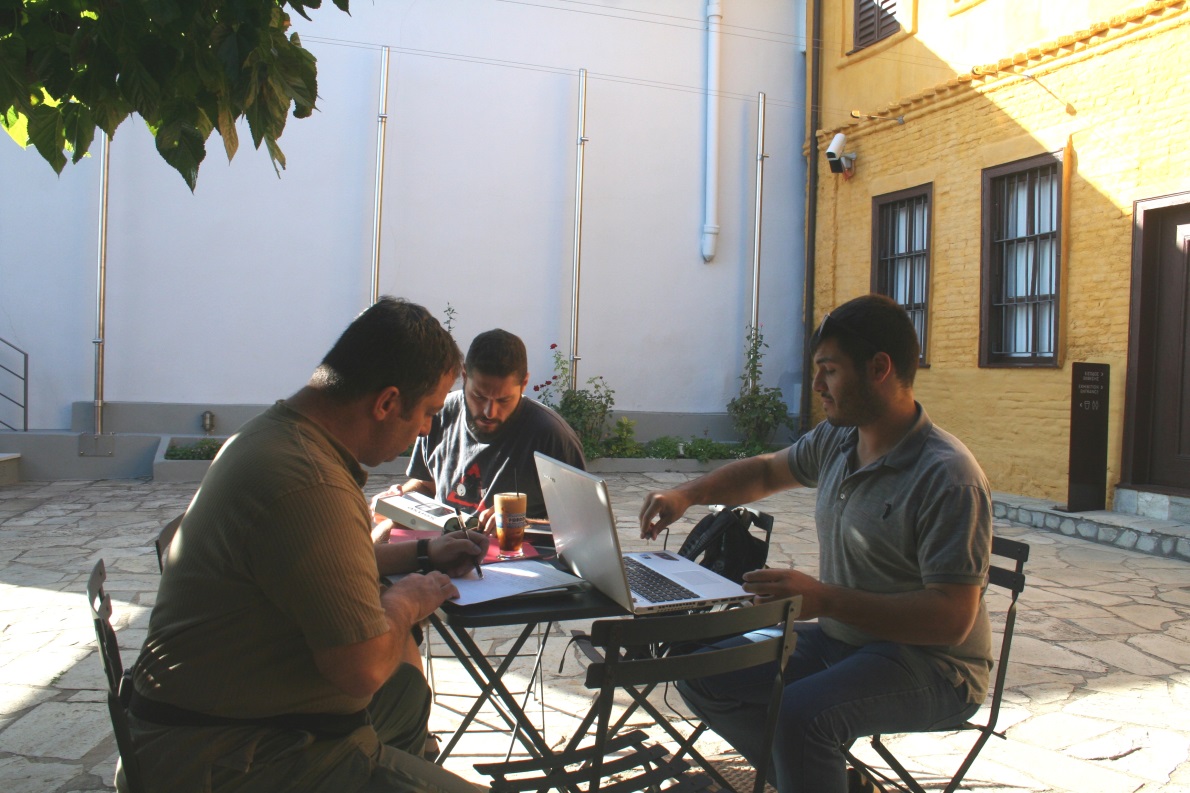 A technical meeting of e-Tracer (e-ΧΝΗΛΑΤΗΣ) was successfully held in Soufli village on October 24-25, at the premises of the Silk Museum (supervised by the Piraeus Bank Group Cultural Foundation). The participants were representatives of CERTH and the museum personnel.

During the first day, CERTH colleagues were guided through the permanent collections of the museum, watched movies related to the museum content (traditional silkworm farming and silk weaving) and discussed with the museum personnel about the lifecycle of the silkworm and the local tradition. The museum personnel was very kind and answered all questions made by the technical stuff, while performing a live demonstration of the use of the traditional instruments like the loom, the winding thread and more. Moreover, the museum educators presented most of the educational programs which run on the museum for school students.

A proof of concept tablet-based presentation with Augmented Reality (AR) presenting digitized 3D objects after recognition was held in the museum just to give an example of how the final product (AR app) should look like. At the end of the business day, the experiences from the museum visit, the discussions with the museum stuff and the printed educational materials already available were used to brainstorm some initial ideas for Augmented Reality scenarios.

The second day, the technical team presented in written format 16 winning ideas for use case scenarios to the museum personnel and asked for conformation about their feasibility. Those descriptions are considered as part of the outcomes of the meeting. Then, the technical stuff took photos of the museum artefacts and scanned the traditional tools used in traditional silkworm farming and silk weaving (after receiving a relevant license) in order to use them for preparing the digital content of the AR application designed for the museum.

A lot of interesting discussions took place during the meeting regarding the justification of the AR app in the silk museum and the overall context of the e-Tracer (e-ΧΝΗΛΑΤΗΣ) project.

In photo: The technical team working on scenario preparation and testing the 3D scanning and photo camera equipment.